one day on the 11th February 3021 these 3 named Ella Gray,Polly Pocket and Tilly Green where waking down the street jamming to Tillys music  on the most poulterer app in town named tangy.

They cosset a cool rustic bike and Tilly said ” lets go chest it out” Polly was skewer because she did not what dashed on her new dress.

Tilly reaped on in this door and got snaked in Polly was like oh no my new dress! 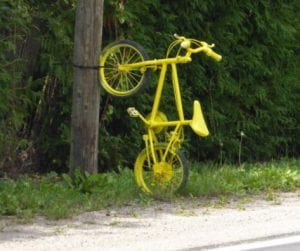 this year i’m looking forward to finding out what high school i will go to because i will see if get in to one of my dream high school.

i’m also looking forward to camp because it will be my last ever primary school camp so i will have a go at every thing.

and i’m so ex-sided   for winter to go skiing

Remember that time
When you stayed up all night doing karaoke
And walked around the farm at 1am
With the cold air floating around you
And Brooke was scared of the bull in the paddock?
That was summer

Remember that time
When you wanted to light a fire at 1am
With all the k lines sprinkler mist spraying on your ice cold legs
And all the possums scratching in the trees
And the dog who tried to open the marshmallows?
That was summer

Remember that time
When you tied an old rope on to the motorbike
And went through the rocky pivot rut
And all the mud got in your shorts
And you had to jump into the trough to get it off?
That was summer

Remember that time
You opened your bday present at 2 in the morning
And all the lollies went all over the floor
And you did face masks and your face went all red ?
That was summer.

On an icy cold evening I was skiing down Broadway and this little girl came out of nowhere and went flying past. I had my pole out ready to go down. Boom, my ski pole when straight into her cold skin. Ow! she yelled

That was the end of poor little Rose Gardner.

I picked her up and skied down. I looked up and blood was all over the mountain. I threw my skis off and got in my car. I zoomed to my house with her in the car and put her in my basement.

“We have to search your house,” they said.

They looked everywhere. They tried to open the locked basement door and they said, “Can we have the key?”

I got the key and they  opened the door. There was no body. Then they opened the boiler. All there was inside were ashes. Where was the body? I thought in my head.

“All clear” they said

“Ok. What was going on?” I whispered under my breath. they heard me and they then knew it was me.

I thought they would put me in jall for 3 years. I Went to court and they said guilty or not Guilty?

I said “Not Guilty”

“Why are you not guilty?”

“Because it wasn’t my fault I was going down the mountain and she came flying past my pole and it  went into her skin and boom, blood was everywhere.” I explained.

Creak the door flew open and  I yelled “I didn’t mean to kill her.”

He hates christmas a bit like me.He lives in a cave and has a dog named Max.

but there a girl named Cindy Lou Who who did same thing that made it change for good.

He now loves christmas and every year  he has christmas with Cindy Lou Who.

On the 25 Nov 2020  I flew from Christchurch to tauranga and my step brother piked my family and i up. we stopped in Bethlehem and got direr.

on the 26 Nov 2020 we looked at all the cool old cars and caravans they went down mean street  and went on there day trip.when they were  on there trip Eden and i went  shopping we got same thing.After that we when to the beach and did same swimming.

on the 27 Nov 2020 we walk to an island then walked to the top and back down. after we looked at the cars and caravans and then we went to the school and looked at them all pared up.

On the 28 Nov 2020 we got beach hop tops and my parents vote.we whet swimming  and were going to go surfing up the waves were small.

last week was tech we went to ois for it.

I had food for the first two i was not there.on Wednesday we made muffin we had to make a new flamer I made lemon,carrot and cho cip we thought they wood be grows but they were really nice in the process I spilled all the egg  all over the canter.The next day (Thursday) we mad cake in a cup we had a few options I decided to do  raspberry they were disgusting we put way to mush raspberry essnce in it they only toke 10m.

after that we made quiche brook and I mad it to spicy we thought but not they won’t.

over all tech was grate.

Welcome to your brand new blog at Edublogs!

To get started, simply visit your blog’s dashboard, edit or delete this post and check out all the other options available to you.

We can walk you through step-by-step in our guide to getting started with your blog.